It should be understood that qiyaam (standing upright) in Salaat is Fardh. If one performs Fardh Salaat sitting down with no genuine Shar’i reason, the Salaat is invalid and has to be repeated.

Take note of the following Masaail with regards to sitting and performing Salaat:

ØIf one is unable to stand or go down (normally) for Ruku or Sajdah, then the BEST option is to sit on the floor and NOT on a chair. Chairs were present during the era of Nabi (sallallahu alaihi wasallam) and yet nowhere has it been reported that anyone performed Salaat on a chair. Sitting on the floor demonstrates more humility as opposed to sitting on chairs. Most of our Musaajid resemble churches with so many chairs strewn around. Many people (who are able to perform Salaat normally) even sit unnecessarily on the chairs when making Qur`aan Tilaawat and listening to bayaan. This is contrary to the respect and sanctity of the Musaajid!

ØIf a person can stand but cannot make Ruku and Sajdah in the normal way, then it is preferable (for Ahnaaf) to sit for the entire Salaat. [Hidaya]

ØPerforming Salaat on a chair will only be permissible for that person who is unable to sit on the floor comfortably or get up by himself if he is on the ground. When sitting on the ground, one may face the feet towards the Qiblah if they cannot be folded. Sitting on chairs for trivial reasons, when one is able to stand, is not only sinful and disrespectful to Allah Rabbul Izzat, the Salaat is also invalid.

ØThe back legs of the chair must be in line with the saff and NOT the feet of the person sitting down. When the correct manner of placing the chair is not adopted, it causes much inconvenience to the person performing Salaat behind.

ØUpon completion of Salaat, before leaving the Musjid, those who used chairs to sit on, must take the chairs and place at the back of the Musjid. They should not carelessly leave the chair in the Saff. By doing so, many a times, the saffs for the next Salaat are left incomplete due to the chairs laying empty at the end of the saff. 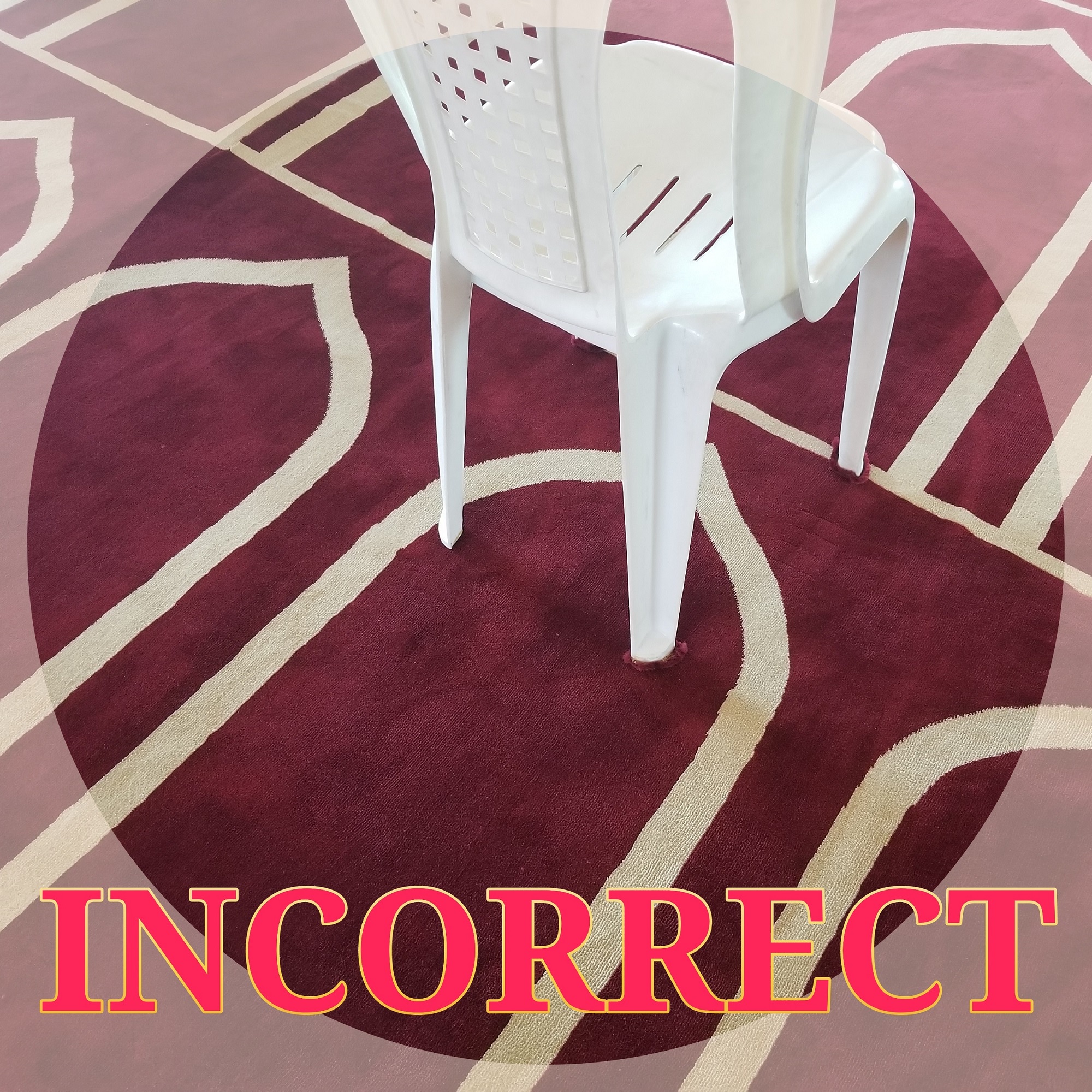